THEN LOVE WOULD MAKE THE WORLD GO ROUND.

FROM HOUSE TO HOUSE, FROM DOOR TO DOOR,

WE WERE ALWAYS THERE FOR EACH OTHER,

AND EVERY MOM WAS EACH CHILD'S MOTHER.

WE NEVER THOUGHT AS TIME GOES ON,

THAT DIFFERENT DIRECTIONS, EACH WOULD ROAM.

BUT LOVE IS STILL THERE, EACH TIME WE MEET, 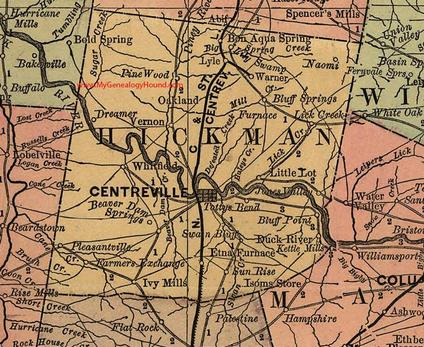 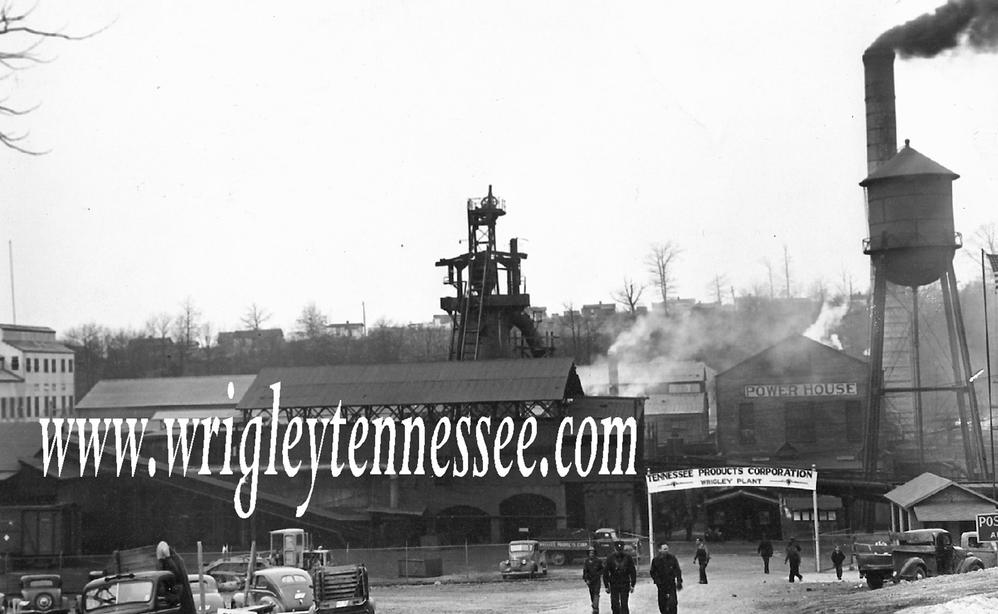 FROM WARNER TO WRIGLEY

The Warner Family of Nashville had extensive iron, coal and other interest throughout the South and especially middle Tennessee; once described as having the richest iron ore deposits South of the Ohio River.   In 1880, James C Warner purchased land in Hickman County, and with his sons, Percy, Edwin and Jo, built and started a blast furnace in what is now the town of Wrigley and named it Warner.   Percy would eventually become manager of the furnace after James's health begin to fail.  Although the family home, “Renraw” (Warner spelled backwards) was in Nashville, they also built a house at the furnace, which they spent considerable time at.  The Warner Parks in Nashville are named in honor of the Percy and Edwin Warner families.   The blast furnace at Warner was capable of making nearly forty tons of charcoal pig iron daily, a tremendous amount for those days.  The output of this furnace was taken almost exclusively then by two great transcontinental railway systems, the Chicago, Milwaukee & St. Paul, and the Pennsylvania Railway, and was used by them in the manufacture of railroad car wheels. This furnace operated up until the hard times of the mid 1890's, and was a profitable and successful enterprise.

Early in the 1900’s Bon Air Coal and Iron Corp would become owners of the old Warner Furnace properties and re-start production at the plant.   Living quarters were built near the plant site, consisting of a long building divided into two to four rooms, separated by banisters on the front porches.  Many people lived and raised their families in what were known as  Mess Halls, now known as condominiums, until more houses could be constructed. There was also a large dining area where a worker could get hot food and a boarding house for those needing a sleeping place while doing a specific job.  These buildings were located in the hollow near the future plant.

During World War One, Bon Air sold the operations to the U.S. Government to manufacture needed war supplies.  The Government then contracted with Bon Air to start the development of a “company town”.  Proposed new streets, new homes and utilities were planned.   New production buildings, offices, a chemical laboratory and other buildings at the plant were built or upgraded.

The war ended in 1918, before upgrading of the plant was completed and Bon Air bought it back from the Government and finished it.   The new industry represented an investment of $1,700,000 in Hickman County, an enormous amount at that time.  They enlarged the blast furnace, built more houses, a school, church and commissary for the employees.  Most of the houses had three rooms with a front porch although a limited number of four-room houses were also built.  In June, 1919 the name was changed  to Wrigley, after William Wrigley Jr., chewing gum manufacturer and owner of the Chicago Cubs, who was a also major stock-owner of Bon Air.

Pay for the workers at the plant was sent from Nashville by train to the Lyles railroad depot.  Someone from the plant office; along with an officer, would meet the train and carry the money to the office.  In some cases they would put a two dollar bill in the employee's pay slip.   In all those many years, no attempt was ever made to rob the payroll.

A company store (commissary), a doctor’s office, a hotel, a garage and service station were built.  The commissary was located on the hill above the plant.   After it burn in the early 40’s a new one was built across from the hotel on the spot where the school ballfield was.    Since the new commissary was built on the location of the ball diamond, depriving the children of their playground, a large area that was once used to dump waste material from the plant and garbage from the Wrigley families was cleaned up, graded and made into the new ball field.

Wrigley had electricity in their homes long before TVA reached nearby communities and they had running water furnished by a large storage tank.  They had a “sanitation department” and a “volunteer fire department” with a horse drawn fire engine.  There was a “company doctor” for the needs and emergencies of employees at the plant and all the community for miles around and a doctor’s office on the side of the hill leading down to the plant.  Among the doctors were Dr. Mathis, Dr. Paty, and Gardner and Margaret Bowers, a husband and wife team.  There was a barber shop and a restaurant attached to the commissary store building and a post office inside the store.  At one time there was a sewing room where ladies met to learn more about the art of sewing, quilting and knitting.  There were street lights, which provided fun for the youngsters as they gathered at night for long hours of fun and games.

Wrigley had no church buildings until about 1939 when a community church was built on land donated by the plant.  The church building was shared by different denominations to conduct services.   This church was to later become the location of the Methodist Church.   A few years later, the Church of Christ and Baptist constructed their own buildings.

A school was built that also served the community for other purposes, including theater, meeting place and for social gatherings.   The original school location was near the intersection of Wrigley Road and Oak Street.  It was torn down and a new one built in 1946 below the Community Church (Methodist Church).  Eventually a gym and cafeteria were added to the new school.  The new school colors were green and white.  Until the gym was built all games were held outside.  The cheerleaders would sing:

The plant and town of Wrigley have hosted Presidential candidates, Governors, Senators and business owners from all over the world including Al Gore Sr, Estes Kefauver, Governor Austin Peay, William Wrigley (Wrigley Gum and Chicago Cubs owner) and Jacob Ruppert (NY Yankees owner).
Today much of the “company town” that most of us remember is no longer there, but the memories that we grew up with will never fade away.

Bon Air Hustler Newspaper-Early History of Wrigley, Allen's Creek and Lyles Part One
Facebook-If You Really Are From Lyles.......You Would Remember
PAGE 6
Thank you for contacting me. I hope you have enjoyed the website!!

SHOWING THE TOWN OF WARNER

Facebook-You Know You GREW Up In Hickman When....

When people mention the name Wrigley, most think of Wrigley Field in Chicago or Wrigley's Chewing Gum.   But believe it or not, in the 1920's the U.S. Government designed and built a small community in Hickman County, Tennessee and named it Wrigley.  This website is a collection of photos and articles telling our story.

Thanks for visiting my site.  If you have additional Family or Wrigley pics that you want added to this website, email request.